The Gift of Salmon

By Andrea S May 20, 2010
Gift Salmon Packs delivered to Ireland

We sell the best salmon in our gift baskets. It won the 2005 Gold Medal in the Great Taste Awards and you really can tell the difference. It is produced in County Cork by Ummera Products, who starting smoking fish in Ireland 10 years ago. It is a much stronger texture than any other salmon we have ever tasted, which is presumably why it won the Gold Medal.

Basketsgalore sells Ummera's Salmon in 200g packs as the 100g is rarely enough, once you have tasted that first bite. We're not selling salmon as a nice idea or gimmick, we're selling it because it is a simply astonishing product, which we want our customers to enjoy. This salmon tastes so good that when you start eating it, you can pretty much guarantee that the extra 100g is worth the extra money. 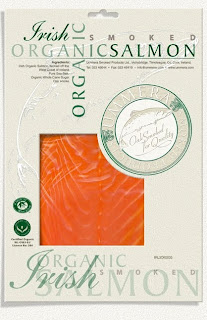 Yesterday one of our American customers created an Irish themed gift hamper for their friend to Ireland's neighbouring island and it contained salmon. Two days later they ordered more as their friend presumably found it so tasty.

It's just another example of the extra value we place in a Basketsgalore Gift Baskets. As we have been saying for years, Basketsgalore doesnt sell conventional food hampers gifts, we assemble gift baskets of such exquisite taste, value and style that we're always worth a browse next time you are looking for a gift to be delivered in Ireland

Popular posts from this blog

By Emily November 14, 2019
Christmas Shopping Begins This is our 16th year of packing Christmas Hampers, the 8th Christmas in our current facility. Our hampers are distinctive because we work ever so hard throughout the year to investigate new concepts and introduce new combinations. It is our mission to extract value through efficiencies of scale and operation, so that our customers are delighted with their Gift Hampers and Baskets. This invariably attracts the attention of those who understand the difficulty of packing and producing hampers and ask us to apply our gift packing skills. October and early November are extremely busy months for us as we contract pack other organisation’s Christmas hampers so they can appear in their shops. But from this moment on, we get to test the desirability of our gift creations which we developed in March. Christmas Hamper Offers For 2019 we have more than 200 Christmas Hampers available for purchase as a gift, but truth be told, ther
38 comments
Read more

Fresh is best when it comes to Gift Baskets

By Emily December 08, 2018
It's as busy as ever today in the warehouse, the orders are flowing in thick and fast, but you'll only really see the difference in our full up warehouse next week when lots of our Gift Baskets and Hampers are out for delivery. Pre-packing must continue on if we want to stay ahead of schedule, our warehouse staff painstakingly pack each Basket by hand and decorate them with festive Christmas ribbon to give them that WOW factor we're renowned for! The freshness of our gifts is something we take very seriously , whether the content includes fresh deli meats, fresh salmon and ham or freshly baked treats such as biscuits, cakes and mince pies, we like to make sure that you the customer get as long as shelf life as possible for each individual product, thats why we leave pre-packing until December so that's it's as close as possible to popular Christmas dispatch dates. Ancient Cork Gift Basket The video above shows the process of pre-packing the Anc
3 comments
Read more

By Andrea S July 09, 2012
July 12-16 th BasketsGalore's Big Move Hi Folks, Over the past few years BasketsGalore has been steadily growing (with a lot of hard work) and we have moved premises a couple of times to help improve operations & bring you the best service possible. We last moved our Headquarters in October 2007 & this July (12-16 th July 2012) we have decided to coincide our move with a public holiday to minimise disruption to our delivery service. We aren't moving far (just across town), but gift baskets, hampers, boxes and all the stock take up a lot of room so it is going to take us a while to pack up here, move everything & unpack at the other end! This means that unfortunately there will be no deliveries available on Friday 13 th July & Monday 16 th July. There will also be no deliveries to Northern Ireland on 12 th July due to the Public Holiday. We will email to advise anyone who orders to NI for this date, as unfortunately we can’t turn it off in the calendar when
Post a Comment
Read more